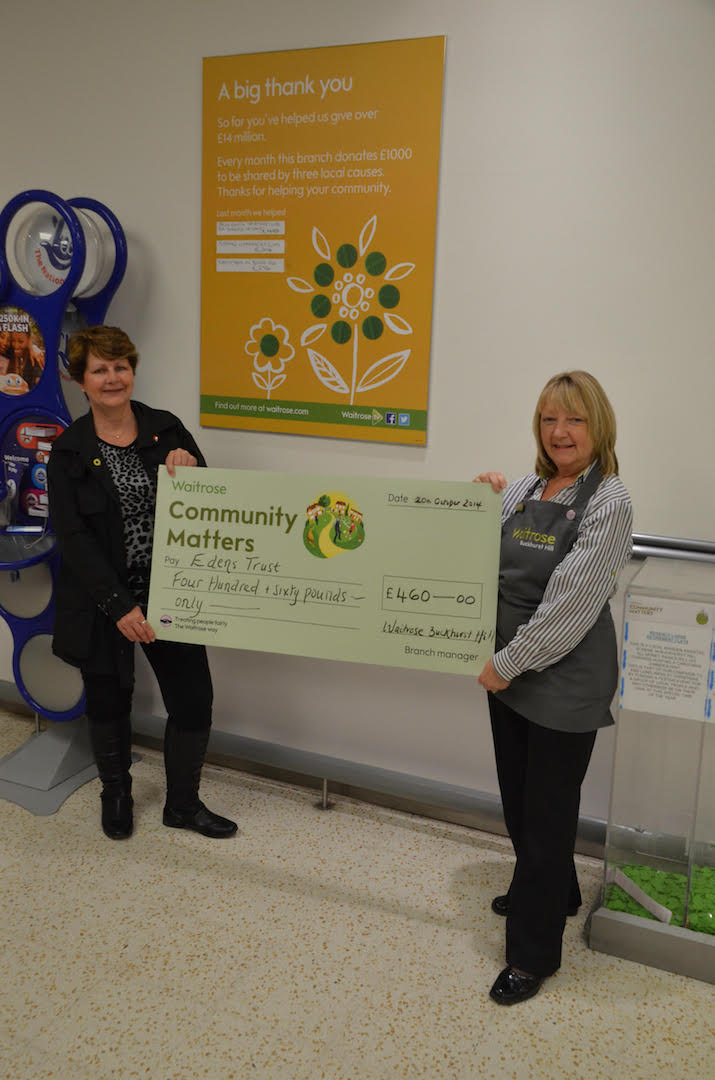 Eden's Trust was nominated as one of the charities for the Waitrose Buckhurst Hill Community Matters Token Scheme which shares £1000 between three charities every month. We received an incredible £460! Trustees Jennie and Phil Lawley officially collected the cheque and you can see the photo on our Gallery page. Our huge thanks go to Waitrose, to everybody who shops there and chose our charity to give their tokens to, and to the Verma family (you know who you are) and Jennie and Phil, who put us forward for the scheme.