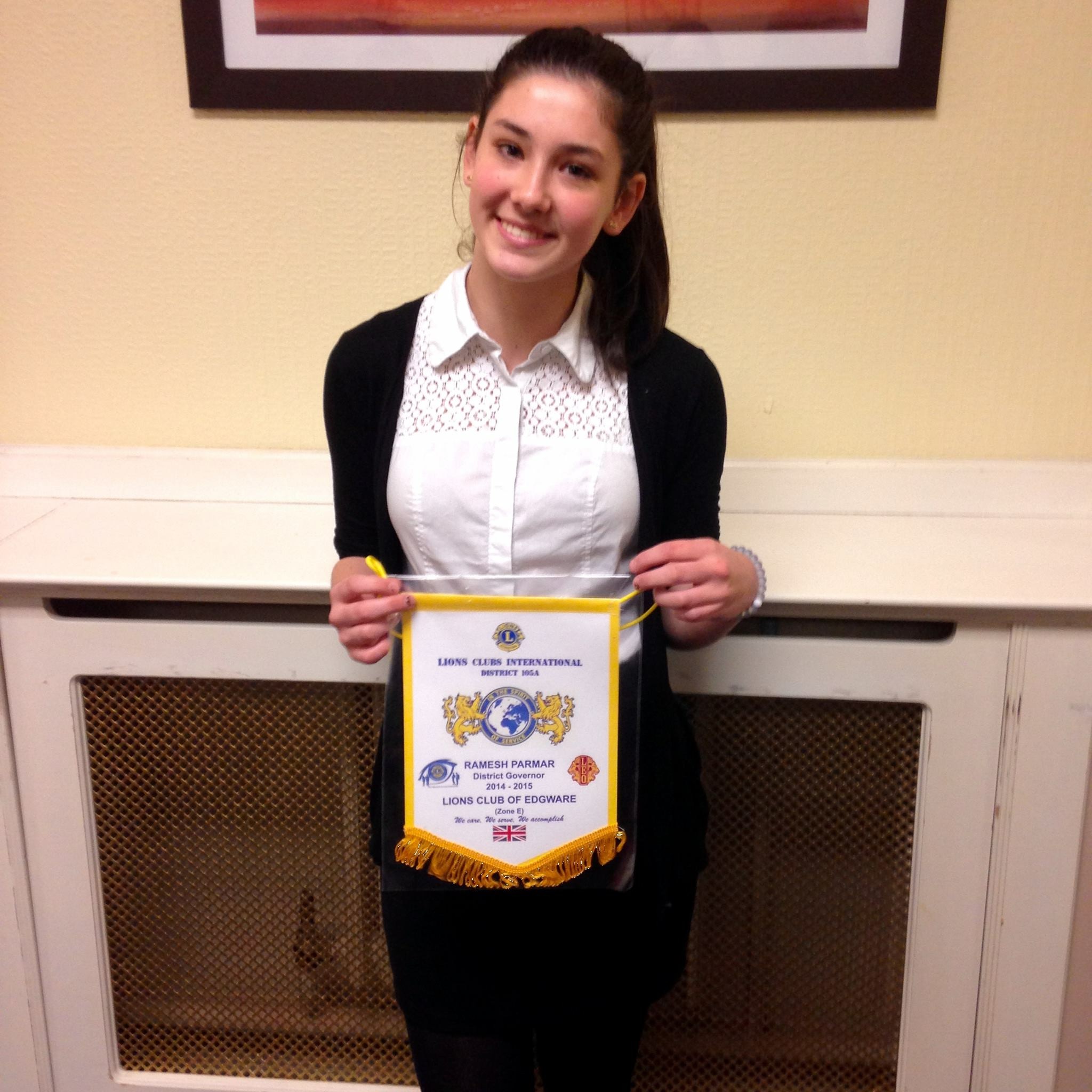 Great news to share with you all. One of our younger supporters of Eden's Trust, Tia Burns, entered The Lions Club Young Ambassador of the Year 2014-2015 Awards. She had to give a presentation in front of many people about the work she has fulfilled over the last few years, including for Eden's Trust. Elli's job was easy - she just drafted a letter informing The Lions Club of how Tia has raised money for Eden's Trust. Tia had to do all the hard work at the awards ceremony. The first prize was £500 for the winner and £100 for the runner-up. Out of over 20 entrants Tia was awarded the prize of joint runner-up for the fundraising she has carried out for us. This is wonderful news - because of Tia, we are now known much further afield, we were up with many well known charities and we now have another £100 to help with our support groups. Tia is 15 years old and a true inspiration to young people as she continues to fund raise for Eden's Trust. There are photos on our Gallery page of Tia receiving the award. Thank you so much Tia. You are a Star!!